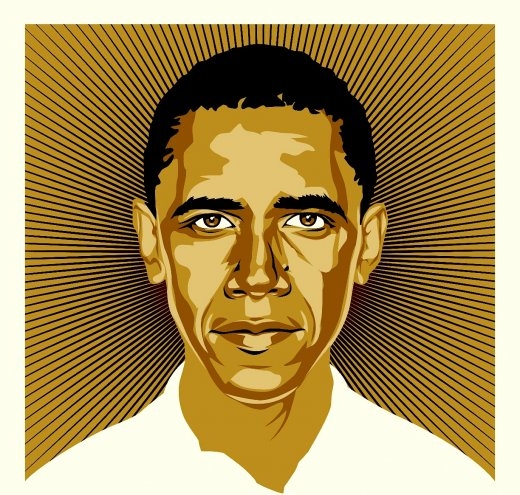 Because the rest of the world believes in this man, and contrary to what some would have you believe, that is a good thing. In fact, it’s crucial.

Because words matter and he is a man of his word.

Because he appealed to our best hopes instead of our worst fears.

Because he ran on the content of his character, not the color of his skin.

Because despite all that, he had to be twice as good.

Because he is neither black nor white and neither is the world we live in.

Because he never got off the high road.

Because he always did the right thing.

Because he never made a false move.

Because this is historic. This is noble. This is progress.

Because he IS a once in a lifetime candidate.

Because I never thought someone like him would come along again in my lifetime.

Because I thought they killed off his kind — the ones who came in the name of love — by 1968.

Because it turns out you can kill a man but you cannot kill the hope he represents. Just ask Jesus Christ.

Because sooner or later another one will come along.

Because the modern Secret Service is like Men In Black without the aliens. So I don’t worry.

Because for the last 30 years we tried it their way, and look where it got us.

Because he was right about Iraq from the beginning.

Because he represents something that shakes the powers that be to their very core: Change.

Because power never surrenders without a dirty fight, they say that he is wrong or lying or dreaming or worse.

Because the last 19 months have proven he is none of these things.

Because it has all come true.

Because John McCain has voted with George Bush 95% of the time. During George Bush’s tenure, we have seen a major attack on our homeland, we have gotten bogged down in two no-exit wars, a major American city was taken offline by the bungled federal response to a hurricane, the housing market collapsed and Wall Street melted down, all of which triggered a deep stateside recession, a global financial crisis and the gloomiest economic outlook since the eve of the Great Depression, we started torturing people in secret prisons and using the government’s awesome surveillance powers to spy on American citizens, and we have managed to completely squander whatever goodwill, admiration and respect the rest of the globe once had for America. A vote for McCain, is a vote for four more years of George Bush. Is not the repetition of the same behavior over and over again with the expectation of a different outcome the very definition of insanity? It is, according to Albert Einstein. That is why the only sane choice is Barack Obama.

REMEMBER: Yes We Can