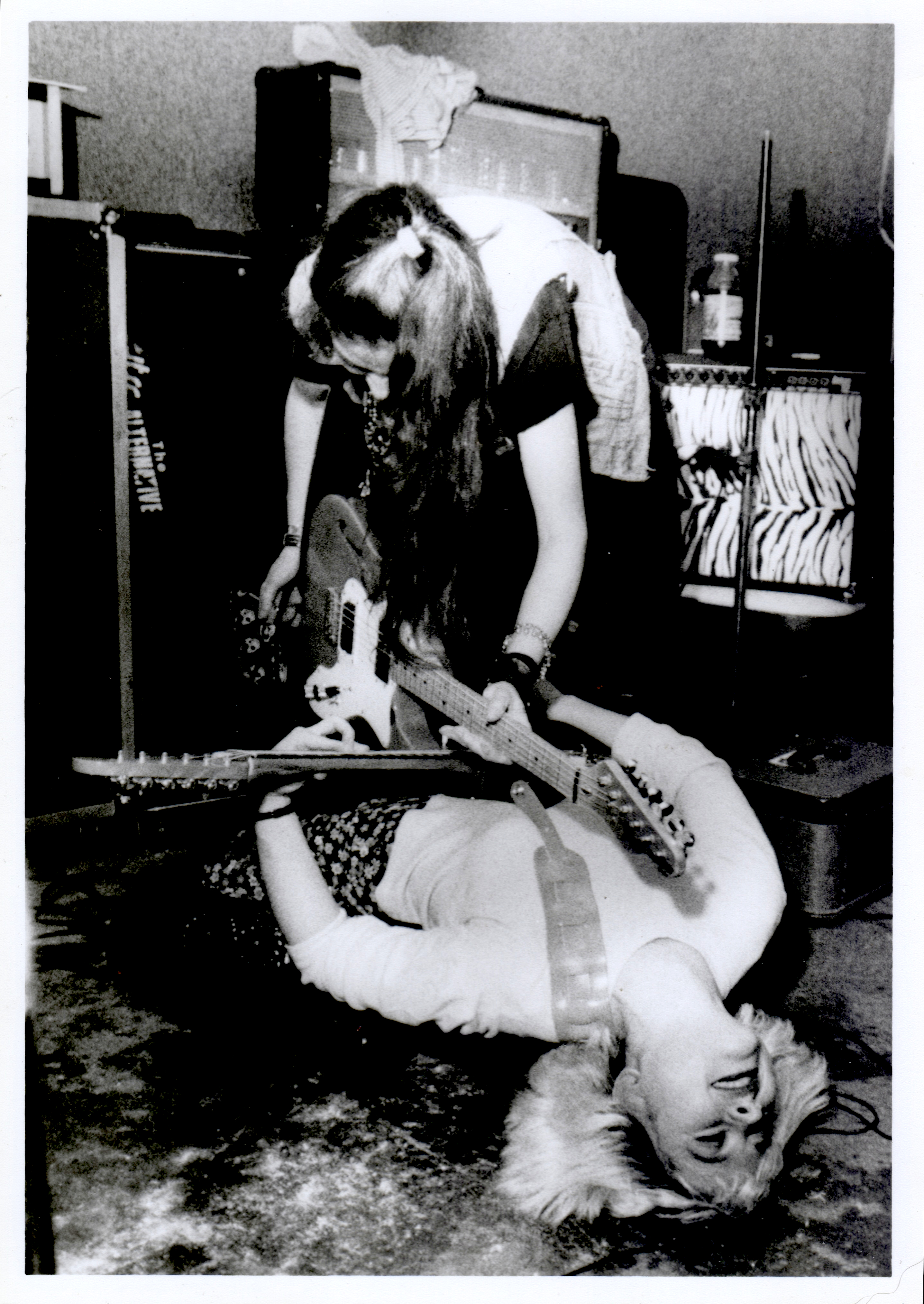 BY TIFFANY YOON LIVING ARTS EDITOR Every scene is forever trapped in a cyclical process of being loved, hated after going mainstream, and then, with the passage of time, finding its niche again amongst the ever-stubborn contrarians of the new age. These trends are inevitable, what is cool now will be deemed uncool given enough time and will eventually resurface again amongst a new generation to be heralded as cooler than ever. Garage rock, coupled with ’60s pop and surf have been going in and out of style since, well, the ’60s. The Friggs, who ruled the local garage-rock roost in the ’90s, were a testament to the cross-generational allure of this music. Plus they also brought a crucial difference to the standard garage-rock revival formula: they were all girl. They were not the first, nor the last, but they were one of the best. The Friggs were fronted by one Palmyra Delran, former drummer of Pink Slip Daddy, with the inimitable Ben Vaughn. “Palmyra was the ultimate rock chick, she could play any instrument, wore a bone in her hair, just oozed coolness and accessibility at the same time,” says Sara Sherr, local promoter/critc and veteran scene watcher. Delran, who got her nom de rock off an exit sign on the Jersey Turnpike, is back with hard-driving solo record called She Digs The Ride.  Phawker caught up with the “old bitch,” as she calls herself, in advance of her performance Saturday at Tritone.

Phawker: The Friggs were a bit before my time,

Palmyra: Uh huh, yea, they’re before a lot of people’s 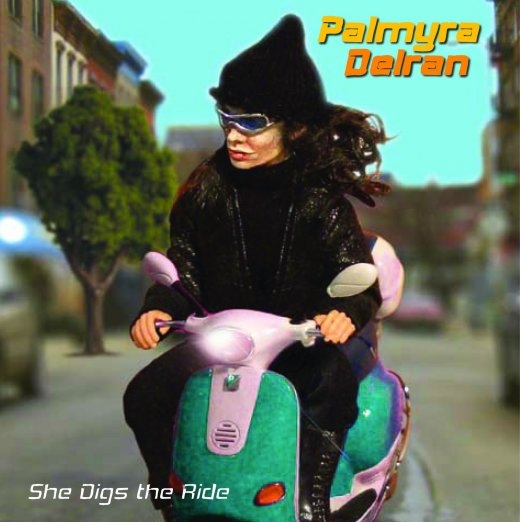 Phawker: How did you girls first get together?

Palmyra: Well, I guess it was like early 90’s, and I just wanted to have a really bitchin all girl band, with girls that could play their instruments, and just really have fun. I just wanted to go out and have some fun. So I found the girls that wanted to do it, and we did it. We toured for like 10 years, members came and went, had some turnover. We did a bunch of records. You know, really had fun. We definitely accomplished, at least, that.

Phawker: What was being in an all-girl band during a male dominated ’90s rock scene like? How did you cope?

Palmyra: I think it’s a lot easier for girls these days, than it was back then. Like you know, in the early ’90s, it was like, we were still kind of a novelty. I remember playing a gig one place and all these guys came into the room, and they were pointing at us, and we heard them say, “look, they’re girls.” You know, [sarcastically] “Look, girls.” [laughs] Of course, we being The Friggs had to point back and them and say like, “look, assholes,” or whatever, I don’t remember what exactly we said, but something to that effect. So that’s kind of the climate that we were living through, at the time. I don’t really know if girls are getting the hard time that we got. Before us, there was a million girl bands, the Runaways, L7, the Go-Gos, the Bangles, the Muffs. I didn’t think it was really a big deal, but the minute you get out of the bigger cities, it’s like, “hey look, girls.” [laughs] What’s the big deal? We can do this too. In some cases, better.

Phawker: What’s the story behind that ‘new’ Friggs album that came out recently?

Palmyra: I guess we broke up around 2000, 2001, somewhere in there, but ever since then I still was getting letters from all over just saying, how can I find this single or that single. And I started thinking, man, maybe I should reissue some of this stuff. Then that movie Superbad came out, so we got a song in that [“Shake”], and so I was just really like, “alright alright, enough of this, I’m gonna release this shit.” You can kind of see the progression of how we learned how to play. Like each song sounds a little better and better and better. For me, historically, it’s pretty funny. My god, we really sucked at the beginning, you know. [laughs] It was really fun at least.

Phawker: How has the music scene changed since the Friggs broke up?

Palmyra: A really odd thing happened at Maxwell’s the other day. The whole front of the audience was just these young guys, like really young guys. I don’t even know if they were legal. And they were all like, “oh my god, I’ve had your mp3s for like 5 years.” I just thought that was a such an odd commentary, because here I am putting vinyl out for 20 years, and the band broke up like 8 years ago. These kids, I don’t even care if they stole the mp3s, because they were so energetic about what we were doing, they were so into it. They hopped up on stage at one point, and danced and shook their asses, one guy actually played guitar, I played the right hand, he played the left hand. It was like, alright man, this is what I want to see. So I just wanted to see that passion for music, and I saw it, and I still do believe that music is a driving force for young people, you know, and old bitches like me. You know, I can’t quit. What am I going to do now. I’m kind of stuck here, I can’t go back and get a day job, you know.

Phawker: What do you think about the women in music now, and how has that influenced you with your new album release?

There’s lots of really great women making music now. Have you heard Laura Marling? She’s just amazing! Do you know Bat for Lashes? Just amazing. Every era gets their women. There’s some really amazing chicks out there now. Jenny Lewis is just a genius to me, and you know I could go on and on. As for how the The Friggs fit into now, it was just a really fun band. We wanted to get people out of the house. Get your asses shaking. [laughs]. Hopefully it’s timeless, I really wanted those records to be timeless. If chicks your age dig it, I’ll be really happy.

Phawker: One last question before we go, what’s the craziest tour story that you can remember from now or back then?

Palmyra: How dirty can I get? [laughs]. We’ve had some really filthy times, believe me. [whispers] Maybe I probably shouldn’t, because actually some people just walked into the room and I probably shouldn’t say this in front of them. There was always the people yelling at us, “show us your tits,” you know. We would get that a lot, literally a couple times a month. Some stupid guy, would say that. Yell it out on stage, like “show us your tits.” We don’t put up with any of that shit, at all. So we were just like, we’re going to slay them, just slay them right back. “Show us your hairy back,” you know, “show us your fat beer gut.” Whatever we needed to do at the time, we did it.