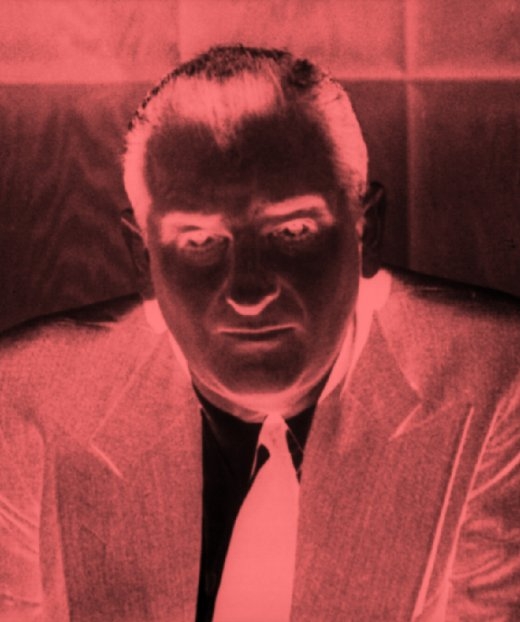 HUFFINGTON POST: In a television appearance that outraged Democrats are already describing as Joseph McCarthy politics, Minnesota Rep. Michelle Bachmann claimed on Friday that Barack Obama and his wife Michelle held anti-American views and couldn’t be trusted in the White House. She even called for the major newspapers of the country to investigate other members of Congress to “find out if they are pro-America or anti-America.” MORE

HUFFPO: What makes the incident even more bizarre is that Bachmann is in a close congressional race and just this past week offered warm words to the Illinois Democrat. “If the presidency would somehow go to Barack Obama, I would welcome him to the 6th District as well,” she said after a debate. “As a matter of fact, I would put my hand on his shoulder and give him a kiss if he wanted to.” A Democratic campaign official emailed that Bachmann’s Democratic opponent has raised at least $23,000 online since the Hardball segment aired. MORE

SIGN THE PETITION: Demand That Congress Censure Bachmann For Her OUTRAGEOUS Conduct

DONATE TO HER DEMOCRAT RIVAL: CLICK HERE (He has already received $30,000 since Bachmann’s bizarre appearance on Hardball) 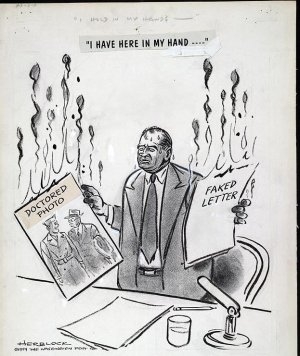 WIKIPEDIA: McCarthyism is a term describing the intense anti-communist suspicion in the United States in a period that lasted roughly from the late 1940s to the late 1950s. This period is also referred to as the Second Red Scare, and coincided with increased fears about communist influence on American institutions and espionage by Soviet agents. Originally coined to criticize the actions of U.S. Senator Joseph McCarthy, “McCarthyism” later took on a more general meaning, not necessarily referring to the conduct of Joseph McCarthy alone.

During this time many thousands of Americans were accused of being Communists or communist sympathizers and became the subject of aggressive investigations and questioning before government or private-industry panels, committees and agencies. The primary targets of such suspicions were government employees, those in the entertainment industry, educators and union activists. Suspicions were often given credence despite inconclusive or questionable evidence, and the level of threat posed by a person’s real or supposed leftist associations or beliefs was often greatly exaggerated. Many people suffered loss of employment, destruction of their careers, and even imprisonment. Most of these punishments came about through trial verdicts later overturned, laws that would be declared unconstitutional, dismissals for reasons later declared illegal or actionable, or extra-legal procedures that would come into general disrepute.

The most famous examples of McCarthyism include the Hollywood blacklist and the investigations and hearings conducted by Joseph McCarthy. It was a widespread social and cultural phenomenon that affected all levels of society and was the source of a great deal of debate and conflict in the United States. MORE