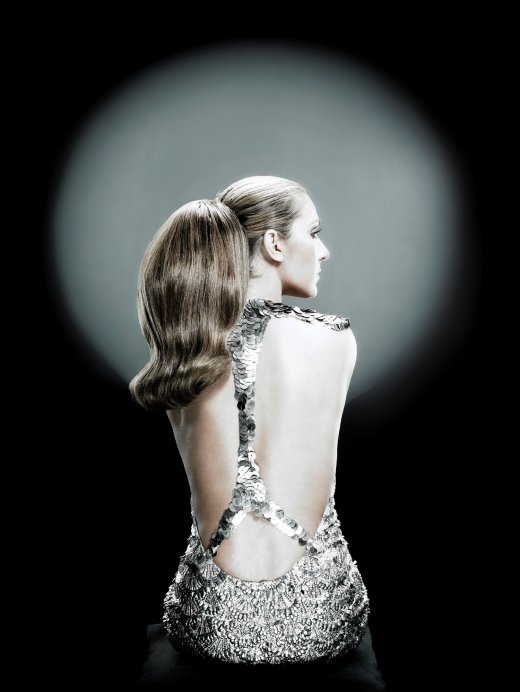 BY JONATHAN VALANIA FOR THE INQUIRER Every now and then a voice comes along so strong, so clear, so seemingly inexhaustible that it is heard all the way around world by the Great Middle — the middle-aged, the middle class, and, by and large, those midway between mom jeans and menopause. This voice contains multitudes: the stormy weather of Hallmarkian heartache; the soaring melodrama of airport romance novellas; the soft soothing ‘happy places’ of aromatherapy;  and the soap operatic narrative arc of not just one, but two Hollywood blockbusters. That voice belongs to Celine Dion, of course, but just about every woman of a certain age thinks its speaks for them. Friday night, there was an entire sold out Wachovia Center worth of these ladies — thick in packs of gal pals or trailed by skulking, omega males — on hand when Celine performed her first Philly concert in 10 years.

By all appearances, Celine seems to have taken her just-closed Vegas show on the road: a four sided in-the-round stage, half a football field across, equipped with all manner of trapdoors, hydraulic lifts, moving sidewalks, giant flat screen TVs, and two side ramps bridging the divide between the diva and her people; a band worthy of a top-rated late night talk show; a troupe of eight fleet-footed dancers; and an industrial-sized vaporizer steam-heating the chill out of the arena air and keeping the star’s voice moist during those notes she holds from here to eternity.

“Can you believe its been 10 years?” Celine asked during the first of many between-song heart-to-hearts with 50,000 of her closest girlfriends.

Been a long time, and Celine did not disappoint. From the moment Celine made her entrance (in a strapless burgundy mini-dress and sky-high heels) to the urgent, boy-are-my-arms-tired strains of “I Drove All Night” to her show-ending second encore two hours later — belting out “My Heart Will Go On” in candlelit brown chiffon while sugarplum visions of of Leo and Kate’s Titanic love affair danced on the Jumbotron — there was never any doubt. They came for a night of bombastic balladeering and big box, relaxed-fit entertainment, and Celine, as always, gave her people what they wanted.

My mom loved it.

But skeptics like me? Not so much. Celine’s voice is a remarkable instrument, she can hit notes to the rafters and trill like a rare songbird, but she simply cannot make her songs feel lived in. Her taste in other people’s songs is suspect at best (such as Freddie Mercury’s treacly deathbed hit “The Show Must Go On” during the well-intended but ill-advised Queen tribute) and the what-was-she-thinking soul music medley was stuff of Superbowl half times. And even her own hits — nipped and tucked by some of the best song doctors money can buy — evoked nothing so much as the show home for a new subdivision of suburban Mcmansions: manicured, immaculate, and pretty vacant.

THE ROLLING STONES: She’s A Rainwbow