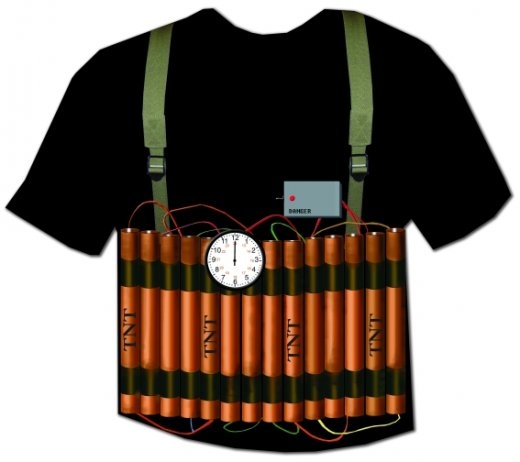 AFP: A man who carried out a suicide attack in the northern Iraqi city of Mosul last month has been identified as a former Kuwaiti detainee at Guantanamo Bay, Cuba, US military officials said Wednesday. Abdallah Salih

al-Ajmi, who was released from Guantanamo in November 2005, is the first suicide bomber to be identified as a former Guantanamo detainee, Commander Jeffrey Gordon, a Pentagon spokesman said.”We don’t know what motivated him. His family apparently was shocked to hear that he had conducted the bombing,” said Major Bradford Leighton, a US military spokesman in Baghdad. Al-Ajmi was one of three suicide attackers who blew themselves up on April 26 in the northern city of Mosul, killing seven people, Gordon said.

The Pentagon has publicly identified 13 former Guantanamo detainees who have gone back to the fight since their release. But a Defense Intelligence Agency report dated May 1, 2008 says that 36 former detainees are “confirmed or suspected” of having returned to terrorism, said a US defense official who asked not to be identified.

Al-Ajmi was released from Guantanamo in November 2005, where he had been held as an enemy combatant following his capture fleeing to Pakistan from Afghanistan’s Tora Bora mountains after the fall of the Taliban. The US military alleges that al-Ajmi was a deserter from the Kuwaiti military who fought with the ruling Taliban for eight months on its frontlines with the Northern Alliance near Bagram. He eventually was transferred to Kuwaiti custody after the Kuwaiti government gave assurances that he would be monitored, the defense official said. The military spokesman in Baghdad said that sometime after returning to Kuwait, Al-Ajmi traveled to Iraq via Syria. MORE