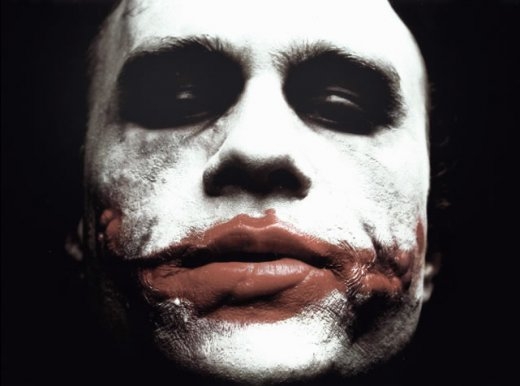 DAILY TELEGRAPH: Chilling promotional images of Ledger portraying the Joker from the upcoming Batman movie, The Dark Knight, have been released — nearly three months after the Perth-born actor was found dead in New York. From the movie’s promotional material to the trailer, Ledger appears to be the main attraction, with Christian Bale, who plays Batman, taking a back seat. The film also stars Michael Caine, Maggie Gyllenhaal, Aaron Eckhart, Morgan Freeman and Christian Bale — reprising his role as Batman. Ledger’s role as the smudge-faced villain is tipped to be his greatest performance, prompting early buzz that he could be nominated for an Oscar award. MORE