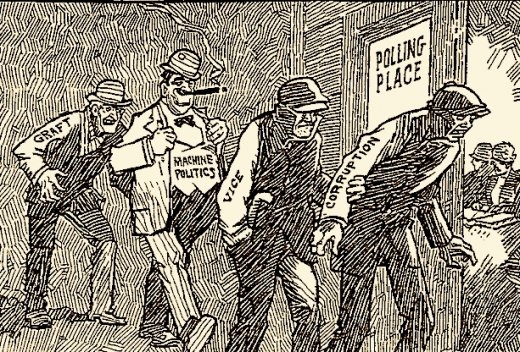 BY MONICA YANT KINNEY OF THE INQUIRER Say you’re a powerful union boss who chairs the city’s Redevelopment Authority, serves as a Delaware River Port Authority commissioner, presides over a South Philadelphia waterfront neighborhood group, and dreams of being mayor or, for now, state senator. It’s 2005. You earn $175,000 that year and decide to renovate your home. Do you (a) rent a place for the duration of the messy six-month project or (b) live for free at a luxury waterfront apartment building owned by a prominent developer? John Dougherty chose b. Personally, if I wore as many hats as Dougherty does and wanted to hold office, I’d jump into the Delaware before taking a gift like that.

Dougherty, business manager for Local 98 of the International Brotherhood of Electrical Workers and Democratic candidate for the First District’s state Senate seat, seems to have no problem with sweet deals that to voters may taste sour. In 2003, according to federal authorities, he bought a North Wildwood condo from an electrician pal for $24,000 less than what you or I would have had to pay because he could, never mind that the law forbids contractors from plying union leaders with gifts. Investigators are also concerned whether, a year later,

the same contractor did work gratis on Dougherty’s home in South Philly.Now we learn that during the renovation, developer Peter DePaul gave Dougherty a key to a $3,000-a-month unit in the Dockside Luxury Apartments.And why, of all his friends, and they are legion, did he take a gift from this one? DePaul, the developer, later invested in the Foxwoods slots parlor planned for the city’s Pennsport section. Dougherty, in addition to his day job as a labor leader and his work with the Redevelopment Authority, is president of the Pennsport Civic Association — whose members have serious concerns about the casino.

DePaul told my colleague Craig McCoy that Dougherty repeatedly had asked to pay for the stay, but that the developer wouldn’t hear of it. I wanted to share Dougherty’s side of the story, but he and his staff are refusing to speak to me or any of my colleagues until after the April 22 primary. Via e-mail, a Dougherty spokesman accused The Inquirer of a “premeditated effort to smear John and damage his electability.” That’s unfortunate, because Dougherty wants voters to trust him, yet he doesn’t trust voters to review his history and make an informed decision. MORE

With less than two weeks to go until Election Day, a convincing victory is clearly within our grasp. Our latest polling shows us well ahead of our two opponents, but we cannot take anything for granted. Our opponents and the newspapers will be increasing the pace of their negative attacks against us in the final week of the campaign. Please ignore them.

We are solidly leading this race because we have attacked the issues, not the other candidates. Our positive message of real change backed up by real results has also helped us raise more money than both of my opponents combined. With hundreds of meet-and-greets under our belt, as well as thousands of hours of volunteer time logged, our message has reached the voters and is being received extremely well. People want change. They want a State Senator who understands their

problems and has the ability to deliver results for them in Harrisburg.

I cannot tell you how excited I am about what we have done in a few short weeks. But I can tell you how humbled I am to have your support. Please join us over these last several days in waging the type of campaign of which we can all be proud. Thank you for all you have done and wil continue to do to secure our resounding victory on April 22nd!