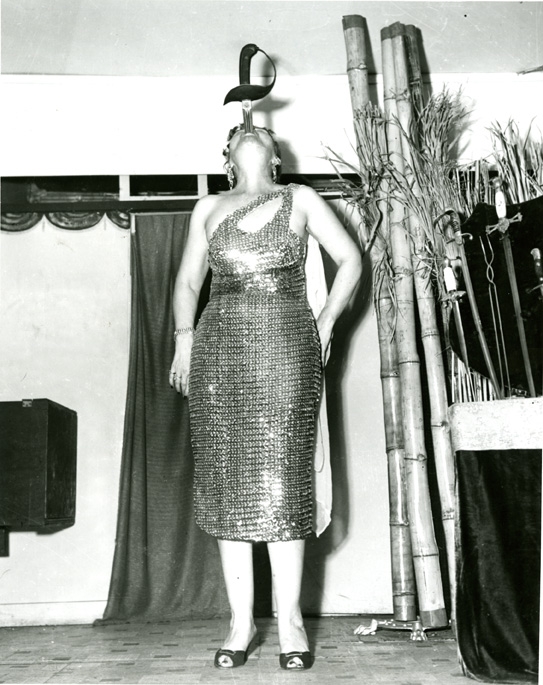 WHAT: First Person Arts announces an exclusive one-day excursion from Philadelphia to NYC to view the work of legendary photographer, Diane Arbus and hear the story of the discovery of vintage Arbus prints. On April 5th, a collection of Arbus photographs that have been missing since the 1960s will be exhibited for the first – and possibly last – time, after which they will be sold at auction by Phillips du Pury in NY. The First Person group will travel by chartered bus with antiquities dealer and discoverer of the lost photos, Robert Langmuir (recently featured in The Philadelphia Inquirer and whose story is the subject of a new book, Hubert’s Freaks). A champagne breakfast will be served en route. Upon arrival, they will have a private reception at Phillips du Pury, a tour of the collection with Langmuir and curators from the auction house, and a seminar by experts on Arbus.

The discovery of the photographs in this collection came to light when Langmuir, a Philadelphia-based rare books dealer and collector of African-Americana, purchased the archives and memorabilia of a performer and manager of Hubert’s Flea and Dime Museum located in Manhattan. Langmuir learned that Hubert’s is where Diane Arbus met many of the people who later became subjects of some of her most famous works. He also discovered 27 of her photographs, packed away in the box. These images turned out to be some of the first photographs she took of sideshow freaks and others on the margins of society – a subject that revolutionized her art and led her to create some of the most compelling photography of the last half century. The fascinating story of this discovery has been chronicled in Hubert’s Freaks: The Rare-Book Dealer, the Times Square Talker, and the Lost Photos of Diane Arbus by author Gregory Gibson, and is being published on April 1.

Langmuir, who grew up in Delaware County in the primarily African American neighborhood known as Morton, began researching, collecting and selling memorabilia in his youth, including African American cultural objects and forms of artistic expression. He has spent his life exploring – as a Merchant Marine, traveler and wanderer who has lived in Europe and Russia, and roamed the United States as a roadie for the legendary blues musician Muddy Waters. In 1978, Langmuir settled in Philadelphia, where he operated the Book Mark, a Center City book shop that existed for twenty years. Now, Langmuir has turned his focus back to rare books and the collection of African-Americana.

The Now or Never: The Lost Photos of Diane Arbus excursion benefits First Person Arts, a nonprofit organization and producer of the annual First Person Festival and other programs featuring fascinating real life stories. Funds from the event enable First Person Arts to offer programs that share the power of personal stories with people from underserved and isolated communities. First Person Arts is guided by the belief that the sharing of personal experience is a powerful way for people to celebrate uniqueness, bridge differences, and find common ground. For more information, visit www.firstpersonarts.org.

ADMISSION: Admission is $145 for the full trip or $55 for the New York portion only. A champagne breakfast with Robert Langmuir will be served en route to New York from Philadelphia. First Person Arts is a 501(c)(3) nonprofit organization; all contributions and a portion of the event proceeds are tax deductible to the fullest extent of the law. For ticket information, please call (267) 402-2056 or email dang@firstpersonarts.org.

[Photo Credit: Anonymous Photo of Sword Swallower discovered by Robert Langmuir in the archives and memorabilia of Charlie Lucas, a performer and manager of Hubert’s Dime Museum and Flea Circus during its waning days. To be offered with the Hubert’s Museum Archive, 8 April 2008 at Phillips de Pury & Company.]