GENEVA (AFP) — Five years after the US-led invasion, Iraq faces a major humanitarian crisis, with law and order and economic recovery a distant prospect, international aid and human rights groups said Monday. The International Committee of the Red Cross highlighted the plight of millions of Iraqis who still have little or no access to clean water, sanitation or health care. “The humanitarian situation in most of the country is among the most critical in the world,” the Swiss-based agency said in a report.

A recent World Health Organisation and Iraqi health ministry report estimated that 151,000 people were killed between the start of the invasion on March 20, 2003 and June 2006. Other estimates have put the number of civilian deaths as a result of the conflict between nearly 48,000 and as high as 601,000.

In a separate report to mark the fifth anniversary of the US-led invasion, Amnesty International said the rights 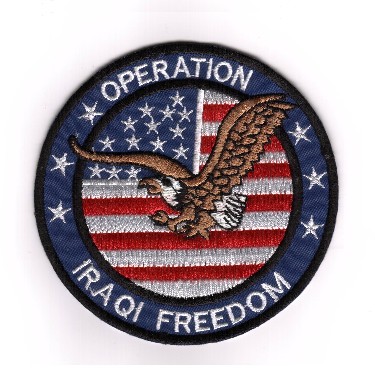 situation in Iraq was “disastrous”. “Five years after the US-led invasion that toppled (former president) Saddam Hussein, Iraq is one of the most dangerous countries in the world,” the 24-page report said.

Against a backdrop of insecurity, law and order and economic recovery were a “distant prospect” while most Iraqis were living in poverty, with food shortages, lack of access to safe drinking water and high unemployment. More than four in 10 Iraqis lived on less than one US dollar a day — the UN standard for measuring poverty — while the health and education systems were at near collapse and women and girls at risk of violence from extremists.

“Saddam Hussein’s administration was a byword for human rights abuse,” said Amnesty’s director for Middle East and North Africa, Malcolm Smart. “But its replacement has brought no respite at all for its people.” MORE

Welcome to a repeat telecast of our second homegrown Phawker TV rock music video! Today we bring you this gloriously spiteful fuzz-pop confection from Magnetic Fields’ new barbwire-kissed Distortion — a great song in search of a video, if ever we heard one. And so we worked some of our Hollywood magic. Hat’s off to The Wook for the concept and execution, you can head over to Wookified to see the uncensored version. In closing, we would just like to say ’some gave their all’ and nobody knows that better than Paris Hilton, bless her little waxed-hairless Chihuahua heart. "IRAQ" was prominently spray-painted on some of the buildings. At one abandoned house, a makeshift memorial remained for Terrell Pratt, 18, shot multiple times in the head on April 28 as he sat inside a Chevrolet Lumina nearby. "Rell," as he was known, was scrawled on a boarded-up window, as was "Iraq Soldier 4 Life" (with soldier misspelled). "Why do they call it Iraq?" Muhammad asked Danielle Carter, 35, the captain of what's left of the block. "It looks like somebody dropped a bomb on it," she said. 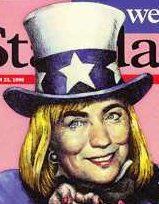 EDITOR & PUBLISHER: Wherever you stand on the Obama/Clinton race, one thing nearly everyone agrees on is this: She voted for the war resolution in 2002, has not apologized for that vote since -- but now says the resolution did not really authorize the war and calls the 2003 invasion a mistake. But what did she do in attempting to halt the war -- which she felt she did not authorize -- in the two weeks before it began? Apparently, nothing.

With fifth-anniversary coverage now in full swing, I probed The New York Times' online archives today from March 1 to March 23 in 2003 (the war started on March 19), looking for evidence. Numerous articles involving the junior senator from New York turned up, but most related to subjects pretty far afield from the war: from abortion to the St. Patrick's Day Parade.

A little over a week later, on March 14, this letter appeared in the Times, from Susana Margolis of New York City: "It's 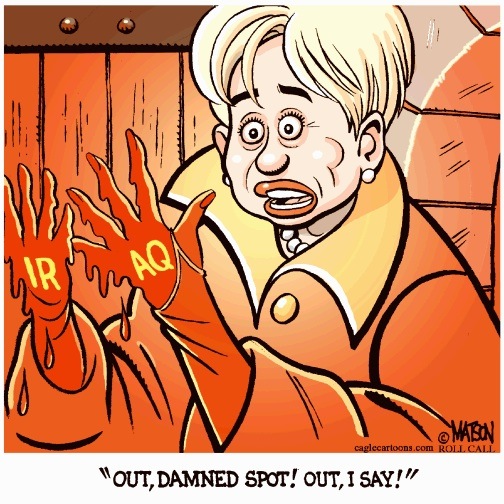 increasingly evident that the likely invasion of Iraq is only secondarily about the variously offered objectives, from weapons of mass destruction to 'liberation.' Rather, it represents a historic change in United States foreign policy: the establishment of an American garrison to carry out policy goals in western Asia by military means.

"The president should come clean on the administration's true intentions, and it is the Senate's duty to debate the issue. Yet there's not a word. New York's senators, having voted for the resolution last year authorizing the use of force in Iraq, appear to have lost their voices entirely. History will record that when the country effected a sea change in its posture toward the world, Senators Hillary Clinton and Charles E. Schumer were nowhere to be found." MORE