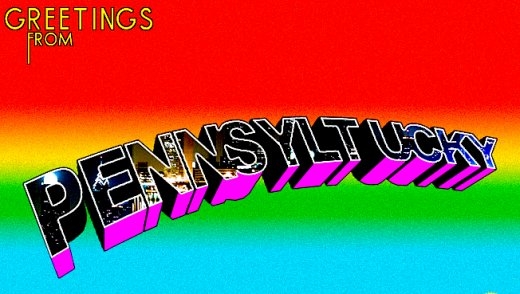 BY DAVE DAVIES OF THE DAILY NEWS When Philadelphia Building Trades leader Pat Gillespie’s home phone rang late Thursday night, he wasn’t prepared for what he heard.”Hello, Pat? This is Barack Obama,” a voice said. “Who the hell is this?” Gillespie responded.

But it really was the presidential candidate, phoning the influential labor leader in anticipation of a Building Trades Council endorsement meeting the next day.

campaign efforts of Obama and Hillary Clinton are about to flare to life.

Both campaigns will open offices in Philadelphia and Pittsburgh in coming days. Each will expand what have been skeleton campaign staffs, recruiting local pros and bringing in national operatives to prepare for what could be the decisive battle in the Democratic presidential primary campaign.

If Clinton wins key primaries in Texas and Ohio a week from tomorrow, Pennsylvania will host a seven-week dogfight for the last major prize before the Democratic convention, with both campaigns pouring everything they have into the effort. “Four million people will come here that Wednesday morning,” veteran Democratic media consultant Neil Oxman said. “Every heavyweight in both campaigns will be here.” MORE

NOT SO FAST: Texas: Obama 49%, Clinton 45% In a Democratic Primary in Texas today, 02/25/08, 8 days till votes are counted, Barack Obama moves ever-so-slightly ahead of Hillary Clinton, though at the edge of the margin of sampling error, according to a SurveyUSA poll conducted for KTRK-TV Houston, KTVT-TV Dallas and KRLD-AM radio Dallas. Today, it’s Obama 49%, Clinton 45%. Compared to a SurveyUSA tracking poll released one week ago, Obama is up 4 points, Clinton is down 5 points. Complete results here.

DIRTY DEEDS DONE DIRT CHEAP: The article, which was criticized even within journalism circles and by the

newspaper’s own ombudsman for its anonymous sourcing and lack of documentation, implied that the 71-year-old presumptive Republican presidential nominee had an improper relationship with a female lobbyist and did favors for her corporate clients. McCain and the lobbyist have unequivocally denied the charges, and numerous conservatives, once hesitant to support the more moderate senator, have flocked to his support, at least against the liberal Times. However, subsequent published reports have contradicted some of McCain’s denials of meetings with corporate executives while he chaired the Senate Commerce Committee, and if further revelations occurred, it could raise questions about the Arizonan’s viability as the GOP nominee. [via LOS ANGELES TIMES]

HOLD THE PHONE, MITT MIGHT HAVE TO ABET THE TERRORISTS AFTER ALL: Romney may rejoin GOP presidential race. The Los Angeles Times is reporting that “Josh Romney, one of former Gov. Mitt Romney’s five sons, says it’s ‘possible’ his father may rejoin the race for the White House.” Earlier this month, Romney “suspended” his campaign and endorsed Sen. John McCain’s (R-AZ) bid a week later. But Romney has yet to comment on the recent New York Times article on McCain’s close ties to lobbyists and “still retains control of the nearly 300 delegates he’s already won.” [via THINK PROGRESS]