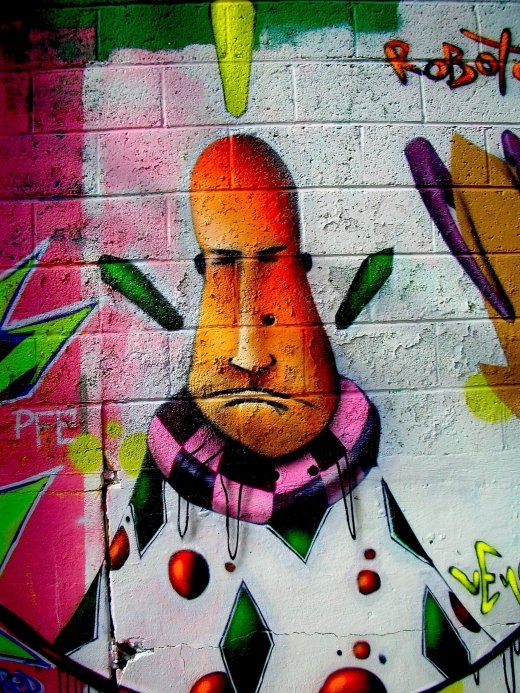 BY JEFF DEENEY
TODAY I SAW a powder blue-and-white pickup truck pull up to the curb across from where I stood, mid-block on a side street near 29th and Dauphin in Strawberry Mansion. The truck’s cab was piled with scrap metal and appliance parts, precariously held in place by a single length of corded yellow rope. I had been standing around, waiting for someone and making small talk with a neighbor for a minute before the truck stopped and parked. The house over my left shoulder was boarded up and abandoned. The house directly behind me had a storm door made from thick iron bars, and slabs of plate glass from an old broken window piled up on its small, Astroturf-ed porch. At the block’s southwest corner sat a house so run down it actually collapsed, leaving two walls standing and a pile of rubble where the living room used to be. The sky was grey as smoke and the littered sidewalks were wet with a heavy mist. After taking in the sights I turned to the girl in braids and bell bottoms standing on the stoop two doors down and said, “Neighborhood looks a little rough.”

She laughed. “Yeah, this neighborhood is real rough. I’m inside at night though, so the nonsense don’t bother me.”

The pickup truck’s driver was a young neighborhood guy in a black bomber jacket, Timberlands and a knit cap that sat on his head and protruded roundly into the sky like something out of Dr. Seuss. He got to the rear of the truck’s bed before he saw me and slowed almost to a stop. He started to cross the street, slowing even more until he momentarily stopped walking, before finally making it to the other side. He eyed me warily the whole time, which is not unusual, but oddly, he kept moving in my direction until we were eventually face-to-face.

“What’s up, Big Man,” he asked me, sounding concerned, even a little scared.

His face fell, like that wasn’t what he was hoping to hear. By this point I was confused, unsure where where this was going.

“Somebody else,” I told him. The delivery was flat; I wanted to sound neither too stand-offish, nor too friendly.

It seemed like that was the right answer. His voice picked up a little and his face brightened.

He pointed over my shoulder to the door with the iron bars. I had been blocking his path without knowing it.

I stood aside politely and let him up the steps. He keyed himself in the door and pulled it shut behind him without looking back.

I turned to the neighbor, who was still on her stoop.

“I guess I made him a little nervous.”

She laughed again, hard this time, like she thought the whole exchange was completely hilarious.

“I bet you made him nervous as shit. He just got home from jail.”