My mom (bless her) sends me all the articles she sees in the inquirer regarding radiohead. I’m a member of a small community devoted to archiving high quality (non-mp3) radiohead concert audio and video. As such, I’ve known most of the 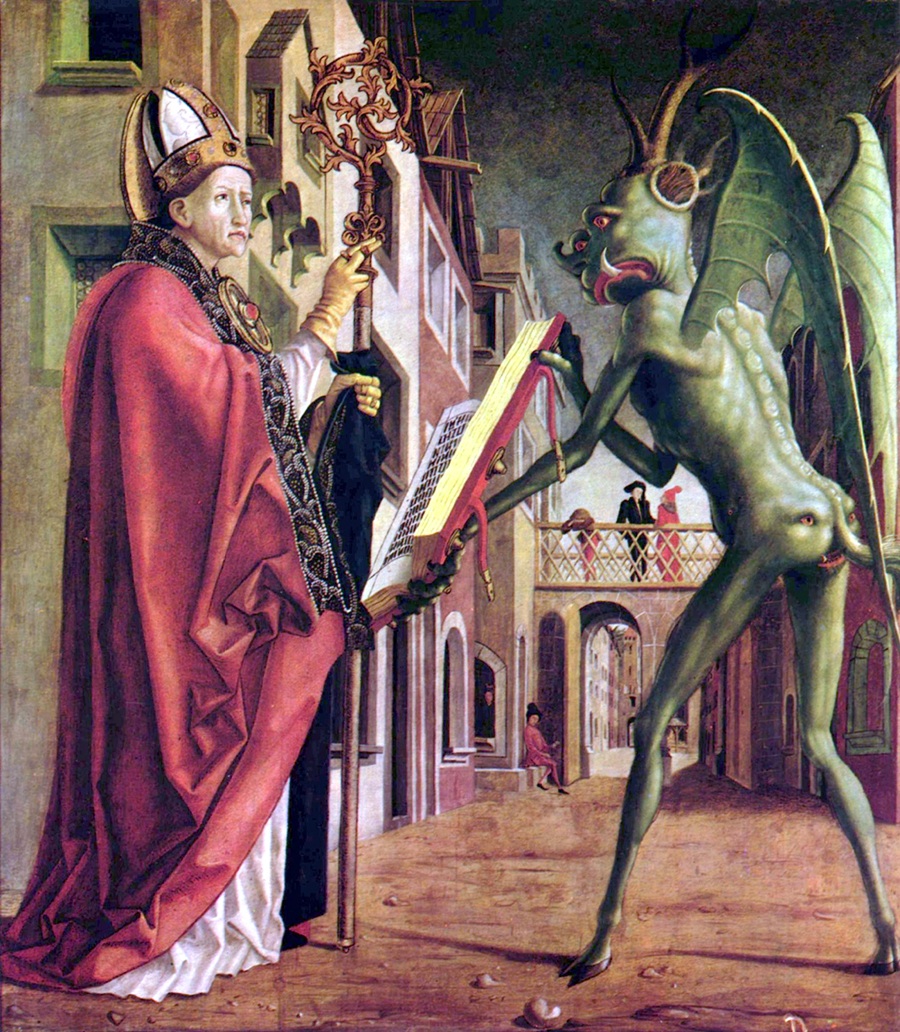 songs on in rainbows for quite some time (with the exception of faust arp).

Anyhow, great review, but you got the points of some of the songs wrong, notably videotape.

Thom’s at the pearly gates. Mephistopheles is just beneath, reaching up to grab him (The name is associated with the Faust legend of a scholar who wagered his soul against the devil being able to make Faust wish to live, even for a moment, based on the historical Johann Georg Faust. The name appears in the late 16th century Faust chapbooks. In the 1725 version which was read by Goethe, Mephostophiles is a devil in the form of a greyfriar summoned by Faust in a wood outside Wittenberg—–from wikipedia)

The videotape is his message for his loved ones, on one of his good days, telling them goodbye, etc. (‘this is my way of saying goodbye, because i can’t do it face to face i’m talking to you after it’s too late from my videotape’ is an alternate lyric). and he’s telling her (i assume most songs like this would be to rachel, his partner, but whatever) not to be afraid.

anyhow, there’s an incredible video of thom playing this (and down is the new up) on itunes. well worth the $1.99/ea.

If you’d like to see what we’re about, shoot me an email.