SIX YEARS after Republicans took control of the Philadelphia Parking Authority in a political coup d’etat, the number of people on its payroll has doubled and top salaries have soared, making the patronage haven one of the best-paid 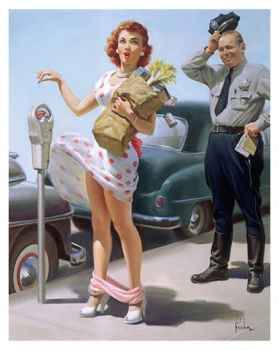 addresses in municipal government. In 2001, when House Republican leader John Perzel engineered the takeover, the Parking Authority had 512 full-time employees. Only two of them were making six-figure salaries. Six years later, the full-time payroll has grown to 1,051 people, including 20 who are making more than $100,000 a year. The authority’s top job now belongs to Vincent J. Fenerty Jr., a longtime Republican ward leader who joined the authority as a booting supervisor in 1983, initially earning less than $28,000 a year. Fenerty now makes $194,830 annually as the authority’s executive director – more than any of the doctors, lawyers and other professionals on the city payroll, and $50,000 more than Mayor Street. Meanwhile, the agency has delivered just a sliver of the money that Republican leaders promised to the Philadelphia School District when the GOP takeover sailed through the Legislature – just $4 million in six years. [via DAILY NEWS]