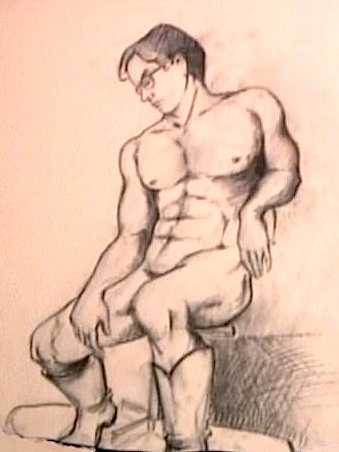 This morning, Stephen Colbert discussed his just-announced candidacy for the President of the United States with Tim Russert on Meet The Press. Crazy like a Fox, Colbert’s southern strategy is to run as a Republican in the South Carolina primary and to lose and lose big. How? By tapping Senator Larry Craig as his running mate, of course. And if that doesn’t work, there’s always the closeted antics of Chuck Noblet — himself no stranger to the coded entreaties of men’s room meet-and-greets, and widely available on DVD — to drive gay-averse Dixiecrats into the arms of the enemy:

Russert: “Would you consider Senator Larry Craig as your running mate?”

Russert: “Have you had conversations with him?”

Russert: “Have you spoken to him?”

Russert: “Have you met with him? Have you been in the same room together?”

Colbert: “Yes, and I — sorry my lawyers telling me to say no more.”

[via CROOKS AND LIARS]