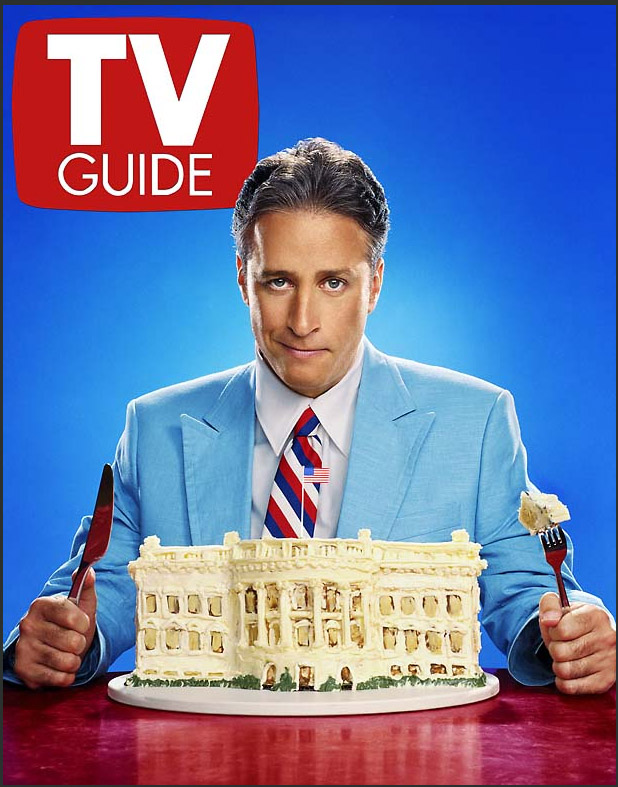 BY EVA LIAO The first thing you learn about seeing Jon Stewart tape “The Daily Show” is that you have to wait — in line, for three hours to be exact — but it’s worth every tedious, snail-paced minute you spend in the Comedy Central queue. The vendor outside is making a killing selling overpriced hotdogs at $2.50 apiece (my friend and I, showing foresight, came prepared with a fifth of whiskey and a joint). Surprisingly, the crowd was not nearly as overwhelmingly white and college-y as we’d expected — though there were four Penn students representing — but unsurprisingly showed a good number of tony/edgy thirtysomethings.

Once we were finally seated, I was pleased to see that the Daily Show set looks pretty much exactly how you see it on TV — just smaller. Unlike what you might expect, there were no frantic, underfed interns running around or a sexy studio boss backstage tapping her Prada heels impatiently. It’s all pretty laid back. I even saw Jon Stewart give one of the film crew a pound. Before Stewart himself arrived, Paul Mecurio, one of the show’s former writers, warmed the crowd up with inappropriate jokes about old folks and Jews.

Before the show was taped, the impeccably-dressed Stewart hung around for 15 minutes answering audience questions. Apparently, he likes the U.S. version of “The Office” better than the British version because he’s better friends with Steve Carell. He is happy and relieved that the young-ins’ of America refer to his fake news as a source of information rather than say, FOX News. And yes, he would try to get more women on the show (Ellen Degeneres was specifically requested by one audience member). He also explained that booing the guest wasn’t necessary since we were all here to have a good time — clearly, a reference to the day’s guest, ex-White House Press Secretary Tony Snow.

That’s the thing about Jon Stewart: He makes it look so easy. He’s smooth, quick, and most importantly, he’s balls to the wall. He laughs loud and easily and even his ironic stares seem genuine; most of the punch lines are completely improvised. Interviewing Snow, he asked frankly, “Bush is a good leader? How is that?” He goes on to call the administration irrational or as he puts it, “my problem with the administration, in terms of their credibility, is everything they say they are is what they’re not . . . and they’ll be really dickish.” It’s interesting to watch these two ream each other out with a prevailing air of cordiality. But as always, time runs out and Snow and Stewart have spent more time talking over each another rather than resolving points. But then, of course, TV ‘s job is to make us forget our problems, not solve them. And that was even easier done than said as we exited out into another immaculate Rocktober day in Manhattan.